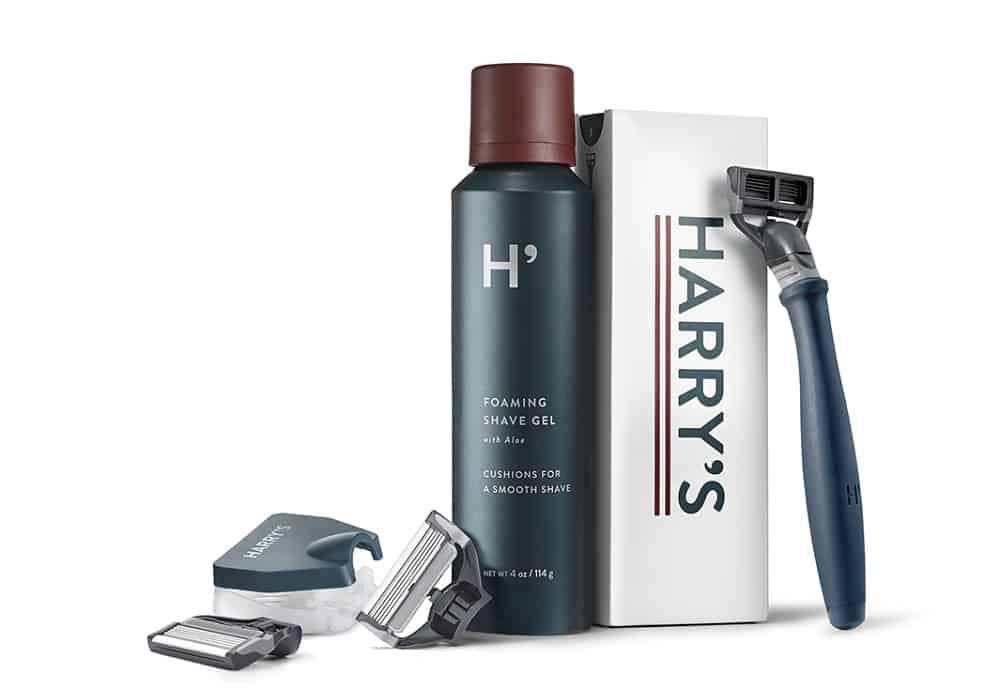 Shave clubs have rapidly become famous, and that is likely because a four-pack of razors can cost up to $20 and only last two weeks.  I have tried them all and stuck to one for the previous three years, below you can read all about my Harry’s shave club review. 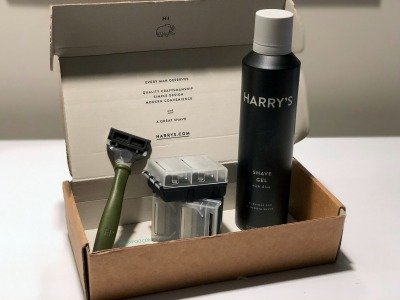 I have a subscription to Harry’s shave club, but before then I was a member of Dollar shave club.

Before I explain my switch, let me tell you how fantastic belonging to a razor club is.

You pay a small fee, and each month they send you fresh supplies, shaving cream, razors, and aftershave.

Having been a customer of both clubs, I am now a member of just Harry’s.  And here is my reasons why I.

I first discovered Dollar shave club while listening to Howard Stern’s talk show in the car.

These guys were funny, and the idea of paying just one dollar to join this was amazing.

I did some research and found there sales video; I was hooked, these guys were funny!

I got my first order within a week and was excited to give it a try.  These weren’t bad, and to be honest, they seemed just as good as the twenty-dollar 4-pack from the store.

Once you are subscribed, they will automatically send you a new box of razors every month.

I got my second order and was pumped, and I hadn’t even gone through all the razors from the first round.  That was a pretty pleasant surprise.

The Reason I Switched to Harry’s Razors

After being a member of DSC, I had begun to notice consistent razor burn.  At that time I wasn’t willing to join another subscription.

However, I noticed Target had started to carry Harry’s brand.  That day, I picked up a cheap starter package and gave them a shot.

First off, I liked how much lighter Harry’s handle as compared to Dollar shave club.  Second, I loved the shaving cream that came with.  Nice and smooth, you don’t need a whole lot to shave your face.

The shave was nice and clean.  I don’t know much about how each razor makes a thinner and thinner cut.  But for my liking, this felt like an excellent smooth cut.

Which Has Better Razors Harry’s vs. Dollar shave club?

After using both separately for two years each, I can honestly say, Harry’s has the best razor.

With DSC, I could feel the sharpness of the blades, but that didn’t mean they cut my facial hair that great.  To back this up, if my hair had grown long, I would pre-cut with an electric razor, then shave with the dollar razor.

Lots of red, pimple-like zits from the shave.  I don’t care for razor burn!

Harry’s Has A Secret Razor Blade! 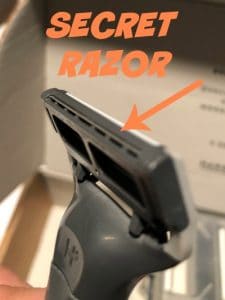 By accident, I discovered a hidden blade on the razor.

I had the handle in my hand, and I had an itch on my sideburns, and so I used it to scratch it, but it took a chunk of my hair out!

I had to investigate and figure out why was it there?  Was it supposed to be?

As it turns out, yes, it does belong there, and it is brilliant for what it’s used for.

This tiny single blade can reach the spots where the hair grows, but a bulky razor might not get it.

I use it for getting the hair by our nose and around your lips.

It works so well, and I have never seen this on any other razor.

This might be the top feature I find in this; I love it!

How Much Do Harry’s Razors Cost?

This plan comes with a can of shaving gel and eight blades, and shipping is included in that cost.

To break that down per week, it cost me about $2.60 per week to use Harry’s Razors.

I was easily paying double that for some other big brand name I get at Target.

Since joining the club back in 2016, I have saved money, and my face has been razor burn free.

I love that this is recurring and I will get a new box every two months.  I do shave every day, so this is more than enough for me.

You can get more regular razors if you need, probably per month vs. every other month.  Overall, I highly recommend using Harry’s vs. Dollar Shave Club or Gillet.

Harry’s is an excellent quality product and service.  You will save and be happy with their service.

I have tried the two major contenders in the shaving club game, Harry’s and Dollar Shave Club.  Overall, I love them both, they have saved me money and made shaving enjoyable again.

But at this juncture, I have to recommend Harry’s Shave Club.  They are hands down winning the game, and their product is top-notch with a bonus blade added to get those pesky hairs that are usually hard to reach.

We are a participant in the Amazon Services LLC Associates Program, an affiliate advertising program designed to provide a means for sites to earn advertising fees by advertising and linking to Amazon.com. Amazon and the Amazon logo are trademarks of Amazon.com, Inc or its affiliates