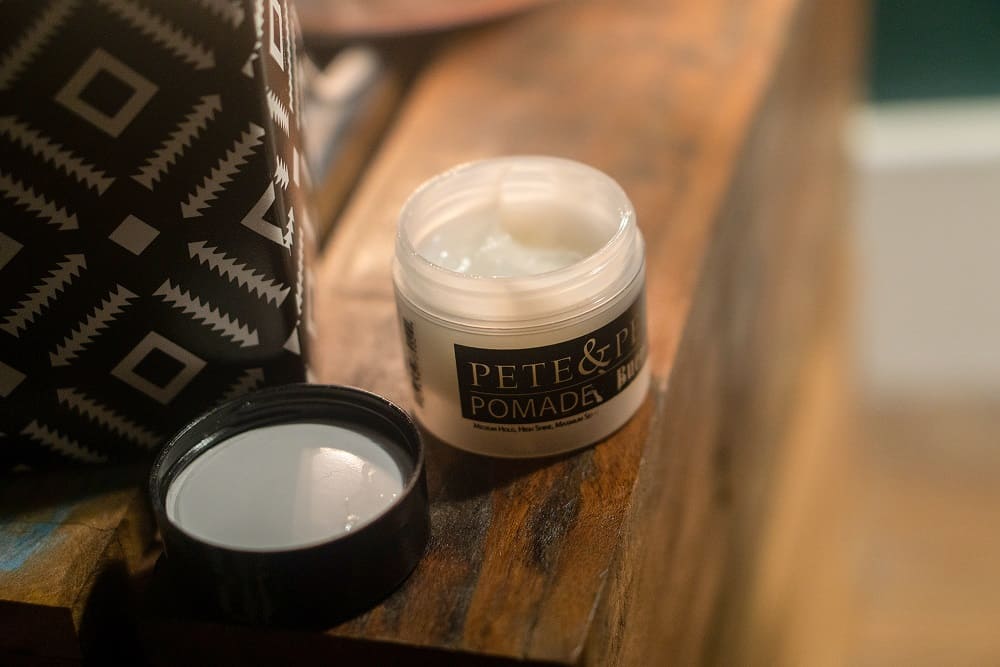 Watching shark tank tonight, a fellow came on to pitch of all things, hair pomade!  Can Pete and Pedro really go on shark tank and get investors to invest in a hair product?

Pete & Pedro was a so-called “brain fart” created by Aaron and his hairstyling Bro, Stephen.

It happened as small talk during a very expensive haircut, I assume.  The two got to talking about shitty hair products and I think Aaron asked, how he could create one too?

Pete (Aka, Aaron) was a previously failed shark tank entrepreneur.  But he doesn’t care for the phrase “for that reason, I’m out”.

Pedro (Aka, Stephen) was the inspiration for Pete’s next new idea.  Pedro, a stylist at a very expensive salon was asked about hair products that suck, and then the wheels started to turn for Pete.

A product was born, but a product has a lot of competition in this world of hair products.  Kevin, of course, was skeptical and called this out right away.

Here is the deal, Pete, he’s a good looking dude, with a great head of hair.  He’s also a rockstar of a personality.  So, that’s where things got a little confusing.

Bueno or No Bueno Hair?

We may never know, the sharks didn’t bite and once again they left Aaron (Pete) without a partner.  But Aaron is just fine and as it appears, so is Pete & Pedro.

You can buy their products from his website, and join an elite club of pomaders.

We will see if we can get a jar and do a Pete & Pedro review.  In the meantime, check them out over at peteandpedro.com.

We are a participant in the Amazon Services LLC Associates Program, an affiliate advertising program designed to provide a means for sites to earn advertising fees by advertising and linking to Amazon.com. Amazon and the Amazon logo are trademarks of Amazon.com, Inc or its affiliates